TeluguPeople Foundation was officially incorporated on May 28th, 2008 as a Non-Profit Corporation in the State of NJ. Few likeminded people were working for the cause under this umbrella even several years prior to the official incorporation. We are here today because of the contributions of all those great minds.

Few of our team members had to leave the organization to take care of their family and other personal responsibilities. But we will never forget them or their service. This page is dedicated to our past team members and all these wonderful people are our supporters forever. 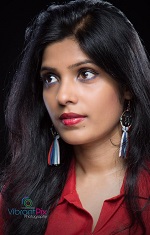 Pragathi Yadhati, a graduate from Lee Strasberg Theater & Film Institute, New York, worked at Broadway Comedy Club. She has done several off Broadway productions like Bollywood Wedding, Satire off Broadway, Baggage Claim, etc in NYC and played the lead actress in the Bollywood movie called “Ooops a Desi“. She also has performed at Thespis NY theater festival and SAIPAA festival in New York. She is also a Poet and a Playwright. She is very excited about the lead role she is currently playing in a mind bending psychological thriller – a Bollywood movie that is been filmed in Greater New York area. Strongly believes in giving back to the society.

Neela Zareen is versatile Indian classical dancer specializing in Bharatnatyam, Kuchipudi and Kathak. Under the guidance of Guru Smt. Sadhana Paranji, she completed her dance debut, known as Kuchipudi Rangapravesam in 2012 and earned the title, Natya Tilakam in Kuchipudi. She has performed in various cultural events and venues, including the City Hall, South Street Seaport, United Nations & local TV stations. She teaches dance in Jackson Heights, Queens and in Manhattan at her dance studio, Neela Dance. She received her PhD in biology/neurobiology from Columbia University in 2012 and is currently a postdoctoral research fellow under Professor John Martin at the City College of New York. 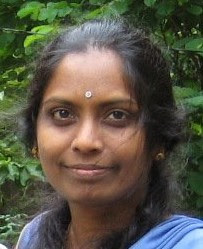 Surya Dhullipalla currently lives with her family in Chapel Hill, NC. She is a Principal Architect at IBM Watson Health working towards the design of the next generation of cognitive and big data analytics solutions in healthcare.

She holds a Ph.D in Organic Chemistry and a Masters degree in Software Engineering. She is associated with AID – Association for India Development for the past 15 years.

Volunteering at various community events, tutoring, counseling high school students comes very naturally to her. She got introduced to the TeluguPeople Foundation a year ago and found several passionate individuals like her working for the causes that she believes in. She hopes to actively educate the TPF students on various career choices that will benefit them.

An IT professional working in a financial industry in NY- NJ Metro area. B. Tech Mechanical Engineering from JNTU, Kakinada. Hobbies – reading books. Involved in voluntary activities since childhood. Strongly believes that Education with right values will make valuable citizens. 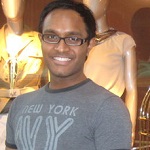 Kalyan is an IT professional. Believes in empowerment with education. Plays Ping Pong & enjoys running. 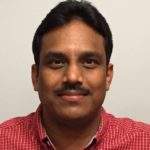 Professionally works in IT industry. Passion to help and see change in people’s lives which in turns build healthy society. Great believer that education will bring holistic change. Lives with family in Boston, MA. 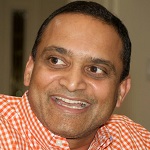 Pradeep Suwarna is from Manthani, Karimnagar District in Telangana, India. Since their family is closely related to many politicians, he developed a lot of interest in social issues from a very early age. Worked in Marketing and Business Development domains in India before coming to United States in 1991. Pradeep is very active in several community organizations including American Telugu Association and Kalabharathi. An MBA in Marketing, lives in Edison with his wife and son.

Vamsee is actively engaged with TPF since 2006. He was born in a small village, Donepudi, of Guntur district in Andhra Pradesh but currently working in a reputed bank in the US. He lives in New Jersey with his wife and his cute little kid Viyaan.

If one has the will, nothing seems impossible in this world. There might be many people who have come out with flying colors in their professional lives, but he strongly believes that, one could be said to be truly successful, only when he or she gives something back to the society.