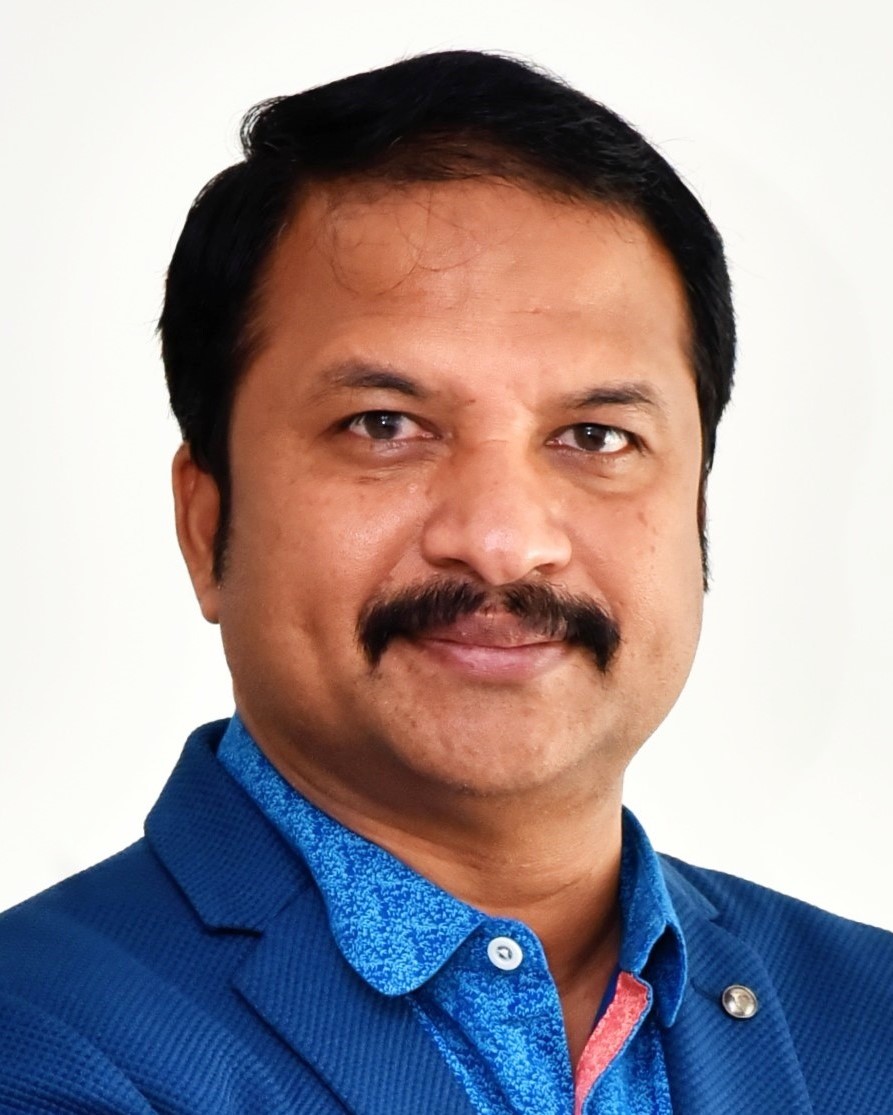 Mr. Ravindra Prasad Patnaik, RP Patnaik, is an Indian music composer with more than 75 films to his credits in three south Indian languages (Telugu, Tamil and Kannada – about 30 films). He won three Filmfare Awards and three Nandi Awards. His Mother tongue is Telugu, though he was born in Orissa while his father was working there.

Patnaik had entered the film industry with a desire to become a film director, and began first as a music director with the movie Nee kosam. Cinematographer-turned-director Teja gave him a break with Chitram, that Patnaik made his directorial debut with the 2008 film Andamaina Manasulo. As of March 2016, he finished his fifth Telugu language film Tulasi Dalam. His brother Gautam Patnaik is a director who made his directorial debut with Keratam.

Prasad Kunisetty is a Social Entrepreneur. A native of Bapatla, started his career as a Journalist and eventually became an IT Professional and Businessman. Founder and Chairman of TP Group of Companies including TeluguPeople.com / TP Media India Ltd., Effexoft Inc, and TP Realtors. Founder of American Association of Telugu Investors and Entrepreneurs (AATIE). He strongly believes in providing opportunities for people to move on to the next level in their life. 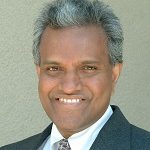 Lava is in the BI and Data Migration space professionally. He is staunch believer of helping people help themselves rather than giving hand-outs. He has been micro-lending thru Kiva & Milaap since 2007 and supporting needy kids for primary education via Uplift a Child since 2004.

He enjoys doing the NYT X-words puzzles, reading, Math, walking, traveling, trying different cuisines and fine food. He was born in Kakinada, but currently lives in Marlboro, NJ with his wife, 3 kids, a dog and few other pets. 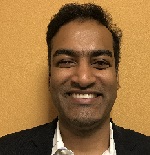 Krishna Kotha works for a Pharmaceutical company in New Jersey & Volunteers for TeluguPeople Foundation. He is passionate about creating opportunities for people having zeal to pull themselves out of poverty by hard work and sincere effort. He lives in Princeton, NJ with his wife and 9 year old, who support him in all his efforts.

Satya is an MBA (Systems) and in Java/J2EE Application Development space in the Banking and Financial Services domain. Strongly believing in helping people especially in the Education space. Helped several students on a personal level and through other organizations before joining TPF. Enjoys music, gardening and always tries new recipes whenever there is time. She lives in Wayne, NJ with Husband and Son.

Praveen Guduru is from Warangal In Telangana, India. Completed B. Tech CSE from JNTU and Masters in CSE IN USA. Worked for AT&T labs for 14 years in New Jersey.

Strongly believes in giving back to the society. Believes that the transformation comes from the grass roots, and education is the best gift we can give to transform individuals which transforms families, society and country. Lives in Edison with his wife and two kids. 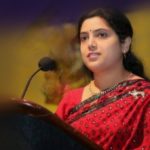 Madhavi is a well known Anchor, TV and Radio Host. She anchored and hosted several popular shows on popular TV Channels such as Sun Network’s Gemini TV. Madhavi anchored some of the prestigious events like SP Bala Subrahmanyam and Ilayaraja’s concert at Prudential Center, New Jersey.

She strongly believes in supporting non-profits and she supports numerous causes. Madhavi has been helping TeluguPeople Foundation’s activities and events for more than 10 years but behind the scenes, and finally she agreed to join the TPF’s board as a Director of Public Relations in 2020.

She lives in Princeton, NJ with her husband and daughter.

Manoj is an IT professional and that is his bread and butter. Along with his job he is an EMCEE/Anchor and performed in all the major stages across the USA.

He believes that he too is a person like everyone else, with both good and bad qualities; and reacts to all emotions. But when it comes to service for/to the society, there is only one emotion: Do your best to serve the needs. 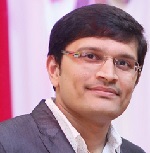 Kiran works in a pharmaceutical company in Research and Development. He believes that people can do miracles with little support. He is from Guntur district and lives in New Jersey with his wife. 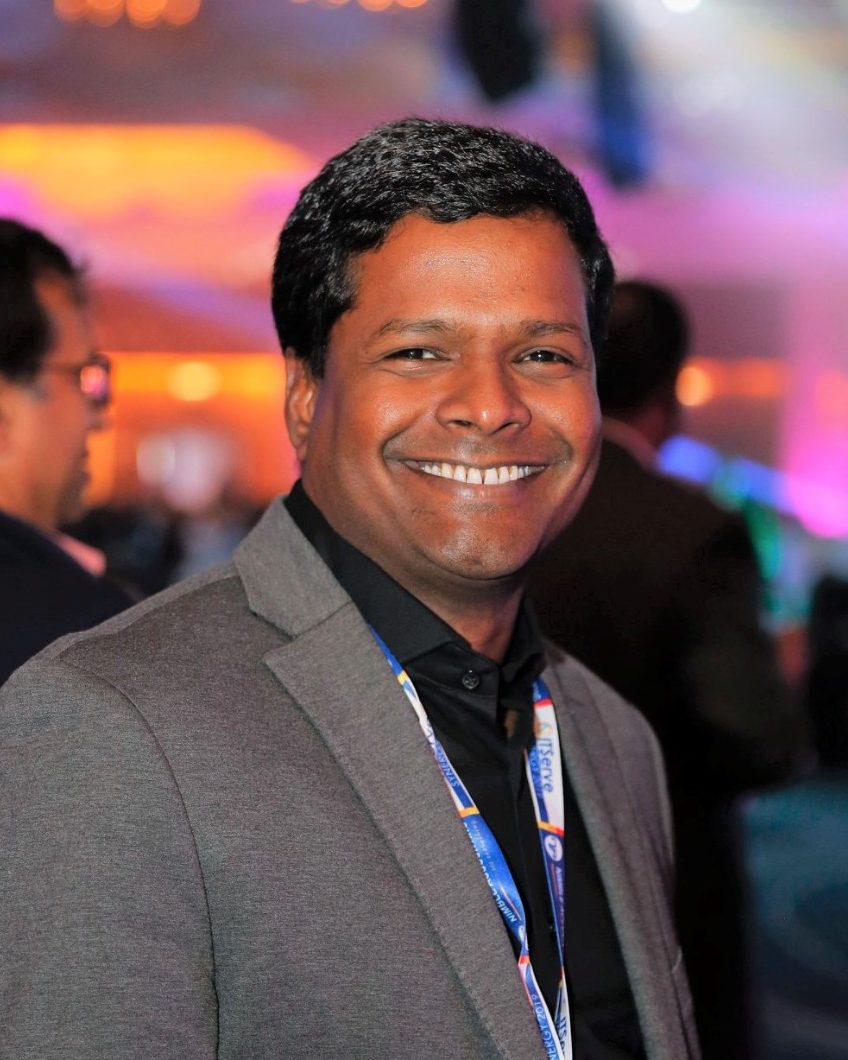 Growing up, Sunil was taught to give back and share with the society. Driven by his passion, principles and commitment to the society, Sunil became a member of TeamAid (Team Aid helps individuals living abroad that experience unexpected tragedies and looking for help) and extended help to needy.

He now has joined TeluguPeople Foundation.

Sunil Chitrapu is from Khammam and currently lives in Plainsboro NJ with his wife, two kids and 2 birds.

Education is the most powerful weapon which you can use to change the world – Dr. A.P.J. 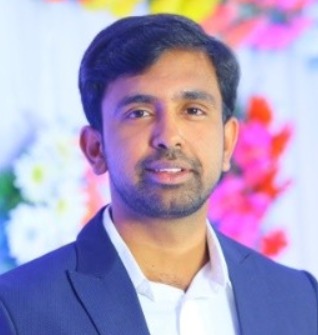 Karthik works as a Java Guidewire developer in the Insurance domain and volunteers for TeluguPeople Foundation in addition to donating his time and services for other non-profits on a need basis.

He believes in extending the support to the people who are worthy of it. He grew up in Hyderabad, India, did his BTech at JNTU there, Masters in California and currently lives in Piscataway, NJ with his family.

Nikhil is currently a Software Developer at a FinTech firm. He graduated NJIT with a Bachelor’s Degree in Information Technology and a Double Minor in Computer Science and Business. In addition to mentoring several high school and college students, his willingness to contribute in TPF stems from his passion to help others grow as individuals with integrity.

He is also an active trader and takes interest in Chess, Soccer, Swimming, and Racquet Sports. He currently lives in Central Jersey. 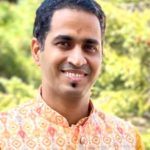 Srikant is an IT professional. He has an interest in social service and has organized few blood donation camps, volunteered for Farmer and Water related activities etc. He is passionate about Health, Yoga, Indian history & culture.

Strong believer that: No work nor No person is small and that every person can contribute in a special way to make a positive impact to society and improve people’s lives!! 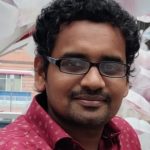 Syam works in the pharmaceutical industry in the Research and Development arena. He hails from a middle class family from Vijayawada, Andhra Pradesh and hence knows our beneficiary students’ struggles very well.

He believes that education can create wonders. Support for a deserving student means empowering his entire family and there by uplifting generations to come which can directly help for a better society and for a better country. He lives in Pennsylvania with his wife and a young daughter. 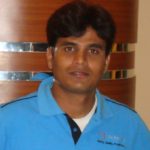 Vinod is from Nagasamander, a small village in rural Telangana. He is currently working in R&D of a pharmaceuticals company. He lives in Pennsylvania with his wife & two kids. Vinod encourages children to study well & be better citizens. In his free time, he likes to teach science classes to his village school children & motivate them. He enjoys playing sports such as cricket, badminton & volleyball.

Dharmesh is an IT Professional. His areas of expertise are mainly into Salesforce Development and Administration space. He strongly believes in supporting for a good cause to the community by volunteering his help to Nonprofit organization like TeluguPeople Foundation on the technical front as Salesforce Developer and Administrator. He currently lives in Somerset, NJ with his wife and 2 kids. Besides work, his other interests are technical analysis of stock market, lyricist, reading astrology and an ardent fan of the late Bollywood playback singer – The Kishore Kumar.

Saikrishna works in a pharmaceutical company in the Analytical Research and Development arena.

He believes that small things matter in achieving a big dream. He hails from Kamareddy district, Telangana, and currently lives in Somerset, New Jersey with his wife. His hobbies include watching TED talks and entrepreneur videos. 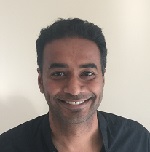 Suresh Ediga, by profession is a software engineer working as a Vice President at a ny based financial company and by choice is an active volunteer. He works on various issues from child’s education to women’s empowerment to farmers issues to caste based and other similar issues. He believes all these issues are interconnected and that it is our responsibility and obligation towards the society and our fellow human beings.

This is some text! 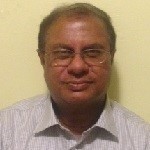 Subbarao Seethamsetty has many years of deep experience in Northeast US delivering successful Financial, Accounting and Business Process transformation engagements with Fortune 500 companies. His skills and expertise are sought after by the Big-5 (Accenture, IBM, KPMG, PWC and E&Y) when multi-national companies require to have uniform and streamlined business processes, financial visibility in real time, actionable insights with detailed view of their costing and profitability analysis across the globe for each of their product lines. He lives with his wife Saraswathi and son Tharun in Hamilton, Ontario.

Bhaskar is a restaurant and business owner in New Jersey. Has been actively volunteering for nearly a decade with many associations to bring about a difference in education, cultural arts, empowerment and much more. Currently resides in NJ with wife and two daughters. 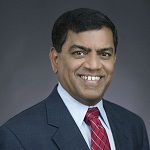 Vid and his beautiful wife, Maha live in Holmdel, NJ. Their three young boys are on their path to settling down in life. When he does not work on Financial Planning, Vid enjoys hiking, skiing, and spending time with family.